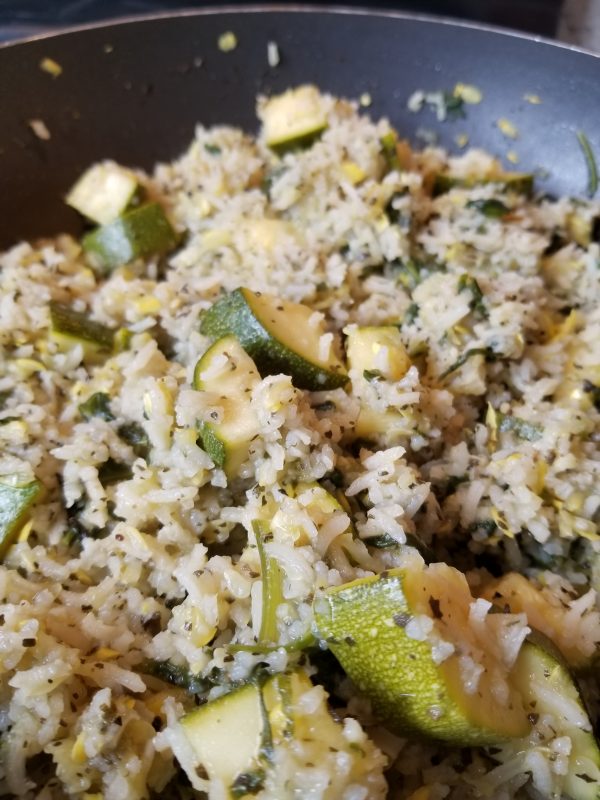 Arborio rice will produce a creamier risotto.  If the pot of boiling water is running low, add more water and bring it back to a boil.  It’s better to have too much hot water ready than not enough.